Jess Roskelly and I spent a few weeks in Cordillera Blanca this summer. Our original project was to climb the Italien Ridge on Taulliraju, but warm temps made that impossible.The glacier was very broken up and it would be like walking into a labyrinth to find our way through it during the night and way too dangerous during the day. We also had a look at the Fowler-route through binoculars, but it looked similar to the adjacent unclimbed lines, so it was likely just powder snow on granite slabs..

Several lines on the mountain were simply not there anymore, but had been completely vaporised during the last couple of years of extreme warmth.

Our final option was the French military route which we gave a go, only to find a blank granite slab on pitch four that was completely unprotectable.

Having spent nearly two weeks of carrying gear up to Taulliraju and scouting for routes we were a bit disappointed, but we decided to run over to Alpamayo to at least get one peak done. We climbed the “French-Direct”, which was a very straight-forward and easy climb but a real classic.

It was a great experience to visit Peru and I’m sure we’ll be back one day; however we have already made plans for a couple of other expeditions first.

The French-Direct takes the central runnel in the middle of the face: 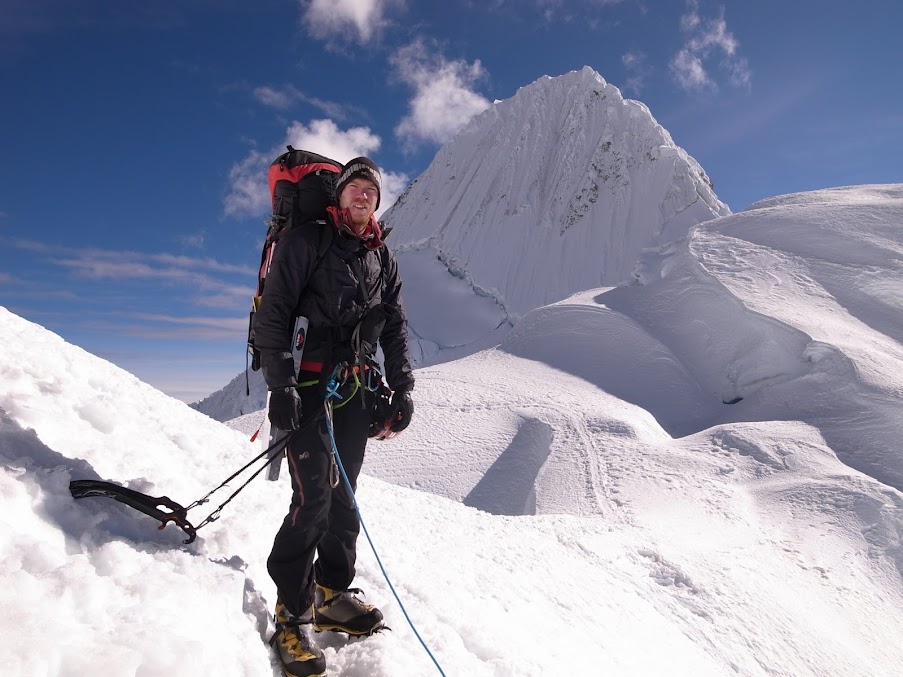